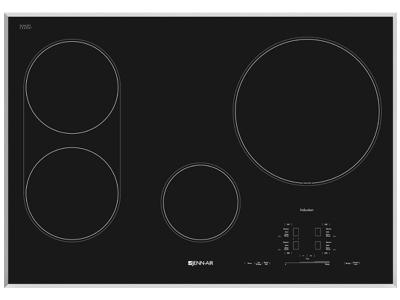 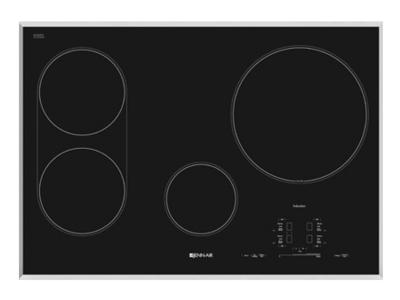 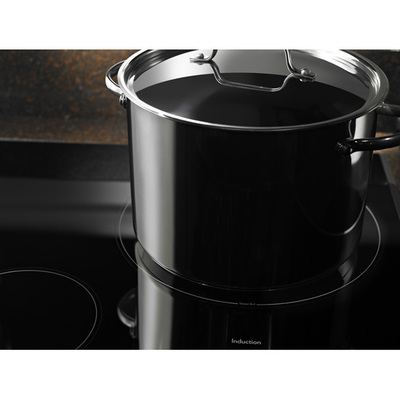 This Jenn-Air® luxury induction cooktop combines the precision of a gas cooktop with the sleek design of an electric cooktop. Four powerful elements heat cookware directly, for exceptional speed and responsiveness, while the cooking surface stays cool to the touch.

These two ultra-high wattage elements are linked by a bridge function, offering the flexibility to turn two separate cooking zones into one large cooking zone to accommodate larger cookware such as griddles or poaching pans.

Four induction elements, in a variety of sizes to match cookware for optimal results, transmit heat directly into the cookware while keeping the surrounding surface cool.